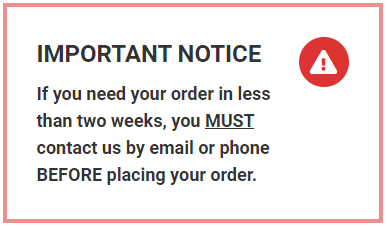 Shop By Category
Go to Top

Please note, if you have a group of 15 or more allow more than 2 weeks for your garments to be made. Thank you Dismiss